The season for sumptuous feasts and superb sounds

This weekend  saw Atlantis, The Palm offering a complete sensory overload for both residents and guests. We are excited to share  a great weekend in a season of sumptuous feasts and superb sounds.

Taste of Dubai Dubai is still buzzing about Taste of Dubai gourmet festival, which won over the crowds with its selection of food, music and fun.

Atlantis showcased its gourmet talents, serving the best flavours from four of our top restaurants (Nobu, Ronda Locatelli, Saffron and Seafire Steakhouse & Bar) and bringing our leading Chefs to the festival.

To the delight of food lovers, Chefs Giorgio Locatelli and Nobu Matsuhisa spent quality time with food fans, in cooking classes and mingling on the Atlantis stand. It was great to see such high profile Chefs really engage and enjoy their time with passionate food lovers.

Giorgio’s Chef’s Theatre session on Sicilian food was a highlight of the festival, his great talent for sharing stories from the island worked into a deft cooking demonstration of traditional Sicilian swordfish with capers.

Food wise, social media was buzzing with positive comments for Atlantis, with two of the stand out dishes of the festival being Ronda Locatelli’s truffle ravioli dish, and Nobu’s signature black cod. 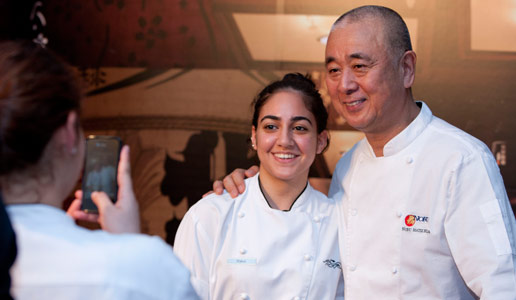 Ayman Zbib at Levantine Thursday and Friday nights were also the source of stellar experiences for another audience, with Atlantis’ Lebanese restaurant, Levantine, hosting singing sensation Ayman Zbib. For those that are new to the talents of Arabic pop stars, Ayman is considered as one of the most talented young singers to have come out of the Middle East. Ayman performed some of his biggest hits to a welcoming audience. Ayman’s performance kicked off what is to be a regular feature at Levantine on weekends, a showcase of the best Arabic singing for diners enjoying the Levantine experience. 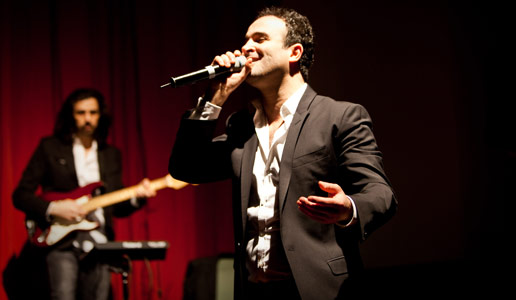 Nobu Garden Party Finally, an elegant night garden party was held in the newly established Nobu Garden on Sunday night, with the restaurant’s regulars mingling with the celebrated Chef in the beautiful surrounds. Nobu unveiled his new cookbook, Nobu’s Vegetarian Cookbook, as guests tasted samples of the Nobu menu, with some of the choice ingredients grown in the very garden surrounding them. 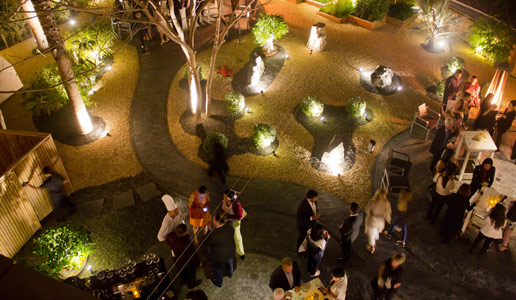 Grand Master Flash @ N’DULGE Nightclub For a completely different audience, Thursday night was a blast from the hip hop past with Hall of Fame music legend Grand Master Flash taking over N’Dulge Nightclub. Bringing his pioneering hip hop beats to Dubai fans, Grand Master Flash won over an already enthusiastic crowd, playing stand out classics like The Message, as well as some great new beats.

With talent like him, and this weekend with Space Ibiza’s Jonathan Ulysses, the AAA nights at N’Dulge are becoming a guaranteed great night out in Dubai.