ShuiQi Spa at Atlantis The Palm, announced as the Best Spa in the Middle East and Africa, for the second year at the World Spa & Wellness Awards 2014! 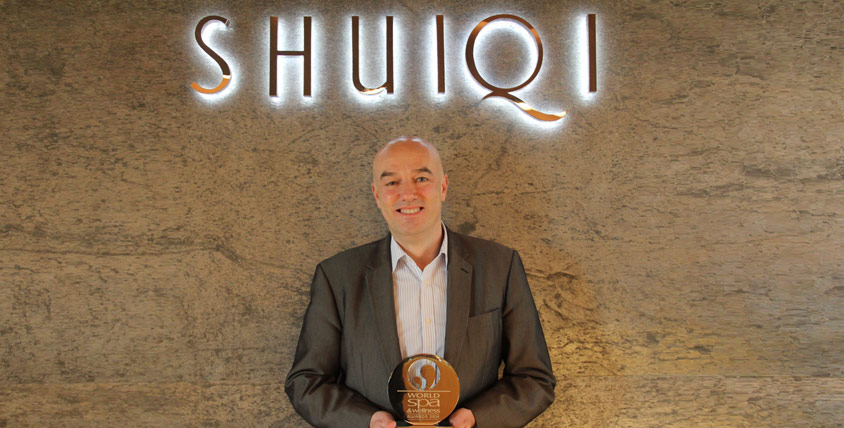 ShuiQi Spa and Fitness Centre at Atlantis, The Palm, Dubai celebrated winning ‘Hotel Spa of the Year’ for the Middle East & North Africa region for the second year in a row at the World Spa & Wellness Awards 2014 in a glittering black-tie event held at the Guildhall, London on February 23rd.

Launched in 2012, the World Spa & Wellness Awards recognise and reward hotels and destination spas in Western Europe & Scandinavia, Middle East & North Africa, North & South America and Asia & Australasia. One of the leading honours in the industry, the World Spa & Wellness Awards acknowledge excellence of care, service and standards within the Spa and Wellness industries, with the aim to inspire spas around the world and raise global industry standards.

As part of the comprehensive judging process, all shortlisted spas are visited by both an official and a mystery judge – each possessing detailed knowledge of the region they are judging.

“We are incredibly proud of the efforts of our team which has resulted in ShuiQi Spa receiving this award for the second year in a row. At ShuiQi Spa, our aim is to blow away our customers, as a result, we continually strive for perfection and remain at the forefront of technology and trends in the Spa and Wellness world to ensure our guests not only have a truly luxurious experience that rejuvenates the mind and the body, but also leave with unforgettable memories.” commented Neil Hewerdine, Vice President of Spa Services at Atlantis, The Palm.

“We are very proud and honoured to have been appointed ‘Hotel Spa of the Year again” says Serge Zaalof, President and Managing Director of Atlantis, The Palm. “It is an amazing accomplishment to have won the prestigious category for the second year in a row, at this year’s World Spa & Wellness Awards. We celebrate our win and share the honour with all of our colleagues who work hard to reach everyday excellence at ShuiQi Spa,” Zaalof continued.

Congrats to the ShuiQi team!