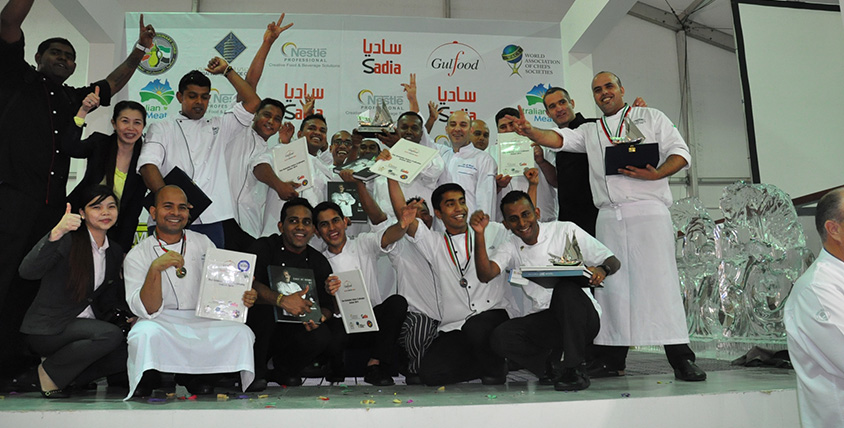 Atlantis, The Palm’s Culinary Team blew away their competition at the 2014 Salon Culinaire Chef Competition held during the Gulfood Show as a part of the Dubai Food Festival.

Atlantis participated with 61 Chefs this year, many of them competing in multiple entries.  These chefs devoted their valuable time, and their dedication produced incredibly commendable results! Overall, Atlantis won a total of 82 Medals in different categories- 30 more than last year with less Chefs participating!

Atlantis won 3 Main awards out of 5: 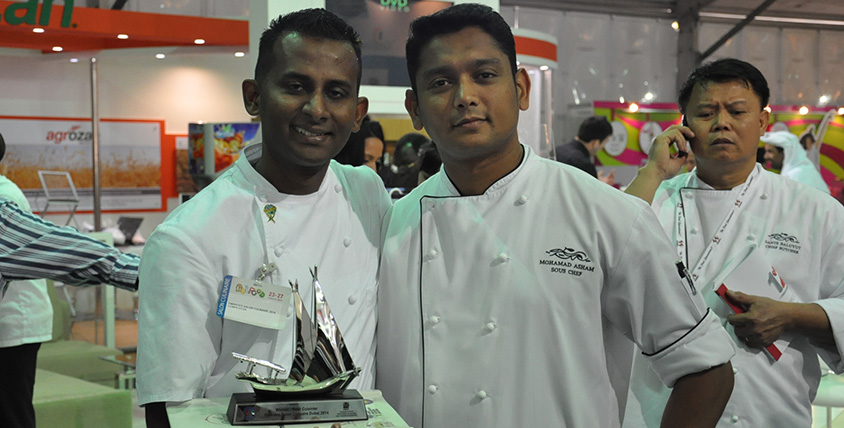 All the competitors were evaluated by a panel of 25 renowned experts, mandated by the World Association of Chefs Societies (WACS) to judge culinary events across the globe, ensuring the highest competition standards.

We would like to congratulate all the winners on their success, ambition, perseverance and their competitive spirit!