Winners of the Atlantis competitions Enjoy their Stay 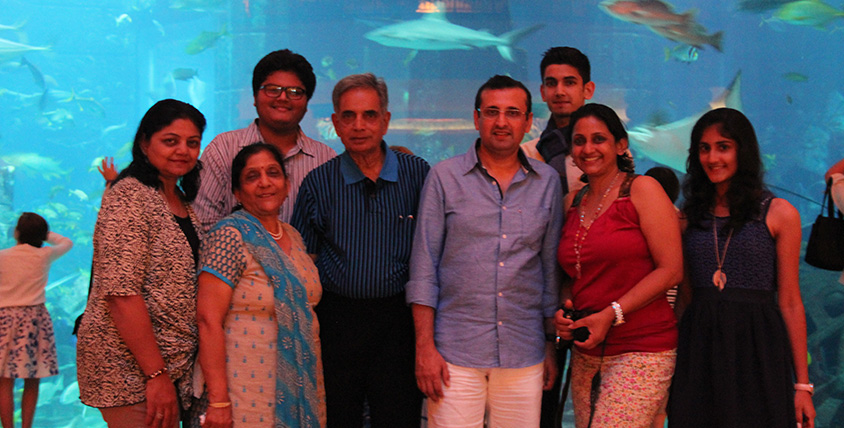 Aman was just about to board his flight to London when he received a message from Atlantis, the Palm. He was stunned after he realized that he had won the Spin to Win Competition. “I read the message and immediately told my wife. That moment has been one of my best experiences of my life and definitely the best email I have ever received!”

Aman and his family were the lucky winners of the the Atlantis Spin to Win competition. The competition prize included a 5 night stay for 8 guests with complimentary flights and resort activities. “The moment we realized that we had actually won the price, we started calling our family one by one. Everyone was really excited!”

Aman demonstrated that persistent determination and a positive mentality can make the impossible, possible. “I joined as often as I could and retweeted as often as possible. I followed it religiously. Whether work or hobby, once I am hooked I take it very seriously. And it paid off in the end!”

“The Staff was wonderful! They helped us where they could and were very helpful at the restaurants and at the Shark Safari.” Aman said, describing his delightful experiences at Atlantis.

According to Aman and his family, Atlantis has been a once in a lifetime experience. “We have been to 5 star hotels before but Atlantis was something different. We loved the theme of Atlantis and you actually feel like you are underwater! We also love to pay attention to the small details and I have not seen a particular thing missing here. All small things were perfect. Everybody is smiling and everybody is willing to help.”

After discussing their wonderful restaurant experiences, the family could agree on a favourite restaurant. “We really loved Ronda Locatelli! We asked the chef for a specific recipe and he actually relinquished the recipe! Walking the extra mile is what makes all the difference. That is what we love about Atlantis.”

“I am feeling seriously depressed that we have to go back tomorrow!” Aman jokingly added as a last note. 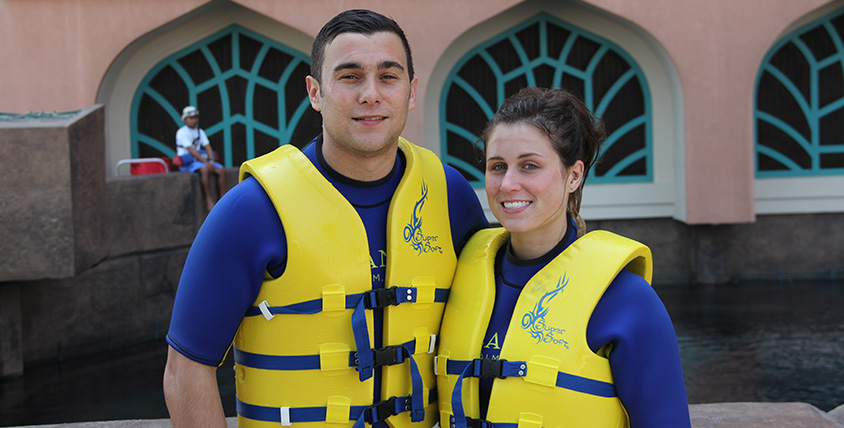 When Harley heard that he was the winner of the Atlantis Selfie competition he was pleasantly surprised. “I totally forgot about the competition when I got notified about winning it and was immediately blown away! I received the message just before a job interview and just couldn’t believe it. I was shaking throughout the presentation and the interviewer asked me why I was so nervous and I just had to tell her that I had just won a holiday!”

Harley was the winner of the Atlantis Selfie Competition which asked contenders to take a selfie of themselves in front of a magnificent Atlantis sandcastle, in the Bluewater Shopping Centre in the UK.

The couple couldn’t decide what they enjoyed the most during their stay at Atlantis. “All activities were amazing. We believe Aquaventure was the best experience; we went two days in a row and tried every slide multiple times. We also loved the Ambassador Lagoon snorkeling and the surreal Dolphin encounter. Our favourite restaurant was Seafire. The steak was just incredible,” Harley delightedly proclaimed.

Although the time in Atlantis was relatively short-lived for both competition winners, Aman and Harley were incredibly grateful for their amazing days at the resort, saying they would love to come back as soon as possible.