BE PART OF THE ULTIMATE CULINARY MONTH EVENT IN DUBAI AT ATLANTIS, THE PALM

This month is a busy time for Dubai’s gastronomic community, with the launch of the city’s first ever Culinary Month, featuring a whole host of exciting events, never-before-seen gathering of Michelin-starred celebrity chefs, culinary influences, presentations and innovative collaborations in a festive setting with barefoot elegance, from 9 November through 7 December at Atlantis, The Palm. 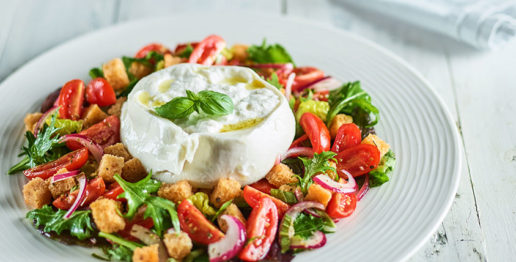 Whether you are a local or have been planning to visit Atlantis, The Palm, Culinary Month is an ideal way to experience great food from over eight participating Atlantis restaurants in Dubai and it’s finale event Cirque de Cuisine, which is the return of Dubai’s biggest evening dine around event, themed on ‘Christmas Edition’ in the culinary walkway known as The Avenues at Atlantis The Palm, is something that should not be missed at all!

The month-long epicurean extravagance will see the movers and shakers of the food world coming together to take part in a series of extraordinary culinary events, with Michelin-starred chefs taking over their respective restaurants’ kitchens and presenting menus specially-crafted to celebrate their restaurant’s culinary excellence and mark the first-ever Culinary Month event at the resort.

As Atlantis ramps up its Culinary Month activities, the first leg of the event will take place on 9-10 November, featuring British favourites and signature dishes from the Michelin-starred chef Gordon Ramsay at his restaurant Bread Street Kitchen.

Chef Nobu Matsuhisa will be at his famed Japanese restaurant Nobu from 14-16 November to show everyone there is more to Japanese food than just sushi. Fine dining highlights include the ‘Four Hands Dinner’ on the night of 16 November, hosted by chef Nobu who will team up with Italian celebrity chef Giorgio Locatelli at Nobu Dubai to blend two distinct culinary worlds and further expand their culinary repertoires by creating a Japanese-Italian six-course fusion menu.

Following on the ‘Four Hands Dinner with chef Nobu’ held at the resort is the collaboration of Michelin-starred chef Giorgio Locatelli and Master of Truffles Carlo Caporicci to create an indulgent dinner menu dedicated to sampling decadent Italian truffles at Ronda Locatelli on 17 November.

A series of pop-up events will take place on 23-24 November at Dubai’s best steakhouse, Seafire Steakhouse & Bar. Calling a legion of meat lovers, the event will open with a special dinner hosted by Italian celebrity butcher, Dario Cecchini to celebrate beef in all its glory. The pop-up event will give you a chance to meet the world’s greatest butcher and the driving force of Solociccia, and learn a great deal about beef, from choosing cuts from every part of the animal to cooking the perfect steak. Do not miss the ‘Four Hands Dinner’ event on 23 November, wherein Dario Cecchini and Raymond Wong join forces for a meaty affair and celebrate the meaty deliciousness of their creations.

The last leg of November events will see two-Michelin-starred Chef Stéphane Buron and the most awarded Chef in Dubai and Chef de Cuisine Grégoire Berger take centre stage at Ossiano – a popular underwater restaurant for the best seafood in Dubai and one of the perfect romantic places for an intimate dinner in Dubai – to host a ‘Four Hands Dinner’ showcasing the best of fine dining seafood dishes on 23-24 November.

What’s more! As a Dubai resident, you get a chance to indulge your senses with a fascinating glimpse into the creative minds of the world’s best chefs and sample wonderful flavours of incredible cuisines from Nobu, Seafire, Ossiano, Ronda Locatelli, Bread Street Kitchen, Ayamna, Nasimi Beach and YUAN between 14-30 November for a special price to celebrate Atlantis Restaurant Week.

Simply call +971 4 426 1110, or email to fully savour mouth-watering set menus at the much talked about Culinary Month event at Atlantis, The Palm!

The finale of the Culinary Month at Atlantis on 7 December will see diners experience the Cirque de Cuisine or ‘Festive Dine Around’, enjoying signature creations from Michelin-starred chefs, tasting sessions at live cooking stations, sumptuous traditional Christmas dinner buffets, extensive range of unlimited drinks and live entertainment perfect for family with kids from 7pm until 11pm, all in a wonderful festive setting.

The all-you-can-eat-and-drink concept will allow diners to sit in any of the nine participating restaurants – Nobu, Ronda Locatelli, Bread Street Kitchen, Seafire Steakhouse & Bar, Ossiano, YUAN, The Burger Joint, Shawafel and Asia Republic – and move from one to the next at their leisure, savouring an array of Christmas-inspired dishes and watching a magical spectacle of street performers, entertainers and Santa Claus along with his elves in a Christmas-themed circus setting, followed by free desserts at The Lost Chambers and finish off the night with an after party with resident DJs in The Avenues. We recommend that you purchase tickets for Cirque de Cuisine as soon as you are able as there is limited availability. For more information, call +971 4 426 2626.

Be sure to book a table in what is touted to be the most tantalizing occasion that appeals to all tastes and the rendezvous of the year that all dining aficionados have firmly marked in their diaries!