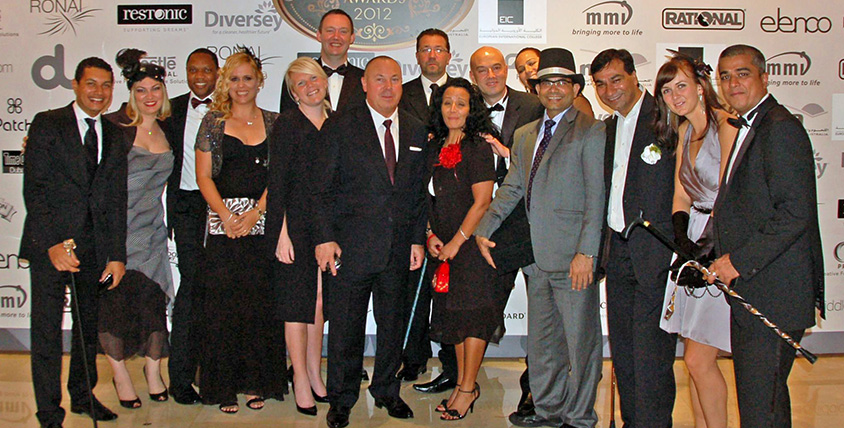 Atlantis, The Palm has won in three categories at the prestigious Hotelier Middle East Awards on Wednesday, 31 October 2012:

In addition, the nominations of Mark Patten, Atlantis VP of Culinary and Joe Tesfai, Atlantis SVP of Information Technology and “Team of the Year” were declared “Highly Commended.”

“Winning three awards is an incredible accomplishment for the entire Atlantis team. I’m very happy to share this with my 3500 colleagues who played a big role in achieving this,” commented Serge Zaalof, President & Managing Director at Atlantis, The Palm. Approximately 700 nominations were received from hotels all over the Middle East vying for recognition at this prestigious event.

View our awards page to see the full list of awards won by Atlantis over the last few days.