Awards 2017: Achievements and Accolades of Atlantis The Palm

They say actions speak louder than words, and this adage resonates deeply with Atlantis The Palm. Over the years, Atlantis The Palm has earned an array of awards and recognition that bear testimony to its pursuit of success to raise the bar in the hospitality sector. 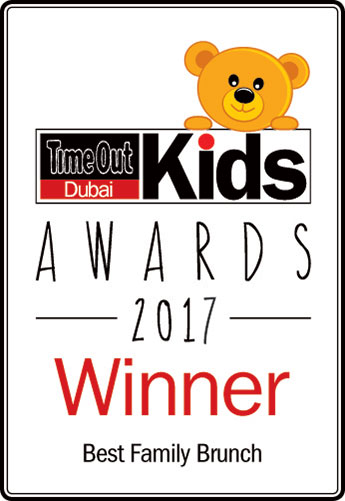 Here are the awards, honours and recognition that Atlantis Dubai has received this year:

1. Awarded “Favourite Hotel in Africa & the Middle East” and “Favourite Restaurant in an Overseas Hotel” for Nobu at The Condé Nast Traveller Readers’ Travel Awards 2017 organised by Condé Nast India.

2. Ronda Locatelli won the “Italian Restaurant of the Year” and its Chef Salvo Sardo won “Chef de Cuisine of the Year” at The Middle East Hospitality Excellence Awards 2017.

4. Awarded “Family Friendly Hotel of the Year” at The Mother, Baby & Child Awards 2017.

6. Recognised as the “Unsung Hero in Laundry” at the Middle East Cleaning Technology Week 2017.

9. Marco Rosado, Director of Food & Beverage at Atlantis Dubai, recognised as the “Leading Hotel F&B Director” at the Leaders in F&B Awards 2017.

11. Chef Gregoire Berger of Ossiano won the “10th Best Chef in the World” award from 300 shortlisted international chefs at the Best Chef Awards 2017.

12. Atlantis, The Palm ranked No 1 as the “Best Family Resort” by Holidays with Kids website.

14. Atlantis won many awards at the Middle East Hospitality Awards, including the “Best Use of Technology for Wi-Q”, “Most Impressive Hotel Feature” for The Dale Chihuly Sculpture, and Chef Gregoire Berger of Ossiano won the “Head Chef of the Year” award.

15. Atlantis’ The Lost Chambers Aquarium won the “Best of Dubai” award at the 2017 Experts’ Choice Awards.

18. Atlantis The Palm won the “Best Venue for Business Events (500+)” and “Best Venue for Corporate Incentives” at the Experiential Venues Awards of WOW Awards and Convention Asia 2017.

20. Atlantis Dubai was recognised as the “Best 5 Star Family Hotel” at the Arabian Travel Awards 2017.

21. Chef Gregoire Berger was awarded the “Head Chef of the Year (hotel managed outlet)” at the Caterer Middle East Awards 2017.

22. Atlantis the Palm won the “Best Stand Award” at the Arabian Travel Market 2017.

See full list of awards won by Atlantis Dubai over the years.