Your Complete Guide to 2018 Atlantis Culinary Month Events in Dubai

A swell of excitement is building at Atlantis, as Dubai’s biggest culinary event is making a comeback and set to be bigger than ever! Running from 27th September to 28th October, the second instalment of Atlantis Culinary Month features a month-long celebration of the luxury five-star hotel as Dubai’s ultimate dining destination. Featuring the city’s greatest restaurants, Culinary Month will offer both residents and visitors across the UAE a unique platform to rediscover their favourite restaurants and plenty of chances for culinary exploration and experiences.

This year’s Atlantis Culinary Month is more important than ever, as 2018 marks 10 years since the iconic Dubai resort opened its doors. The diversity of Dubai’s unmatched culinary scene will be celebrated with a range of not-to-be-missed events for foodies, including a special visit from celebrity chefs including Chef Nobu Matsuhisa of NOBU and Michelin-starred Chef Gordon Ramsay of Bread Street Kitchen & Bar, as well as a Four Hands Dinner by both Ossiano’s Grégoire Berger and Chef Raymond Wong of Seafire Steakhouse. It’s truly the culinary rendezvous that all dining aficionados and gourmands have been waiting for.

Highlights of 2017 Culinary Month Celebrations at Atlantis, The Palm

Here are some highlights from last year’s culinary month celebrations and some of its most delicious events:

2. The collaboration of Michelin-starred chef Giorgio Locatelli and Master of Truffles Carlo Caporicci, which saw the creation of an indulgent dinner menu dedicated to sampling decadent Italian truffles at Ronda Locatelli.

3. A series of pop-up events took place at Dubai’s best steakhouse, Seafire Steakhouse where visitors got a chance to meet the world’s greatest butcher and the driving force of Solociccia, Dario Cecchini. There was a Four Hands Dinner with Chefs Cecchini and Raymond Wong to celebrate the meaty deliciousness of their creations.

Here’s this year’s official calendar of what’s to come:

True to his Japanese heritage, Chef Nobu Matsuhisa is set to bring his most famous dishes from across the globe and his past to Atlantis with the fabulous Omakase set menu, showcasing many of the delicacies for which Japan is celebrated. Be sure to visit NOBU on Thursday, 27th and Friday 28th September to meet Chef Nobu at Atlantis. 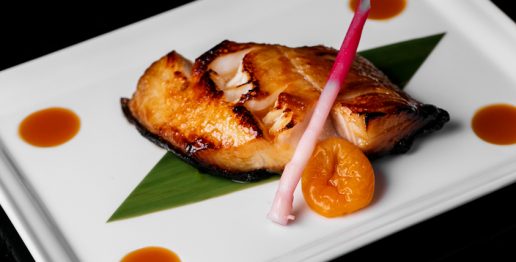 On Friday, 28th September, following last year’s success and due to popular demand, Nobu will once again host the World of Nobu destination brunch. Get your very own NOBU passport to visit a collection of 14 selected NOBU locations from all around the globe and savour their signature dishes, all under one roof!

Participating restaurants will be featuring dishes that vary from the traditional menu. As a result, thousands of visitors and residents will be flocking to their favourite restaurants or trying new ones over the week. Reservations are strongly encouraged for guaranteed table at any restaurant of your choice.

To cap off the Atlantis Culinary Month celebrations in style, the best romantic restaurant in Dubai is hosting a special Caviar Experience event on Saturday 13th October to give its guests a taste of the most luxurious Black Gold varieties. The romantic dining destination in Dubai will be serving an exclusive six course caviar menu, comprising of five dishes with five different types of caviar each carefully selected from across the globe by Chef Grégoire. Dishes include Kristal Caviar and Gillardeau oysters, Beluga Caviar with Plankton Blanc and White Sturgeon Caviar with Milk Foam for dessert. The Caviar Experience event will celebrate live lounge music into the evening with performances from much-loved Salha and Joel of The Million Dollar Band, with contemporary and classic hits to liven up the restaurant for the evening. 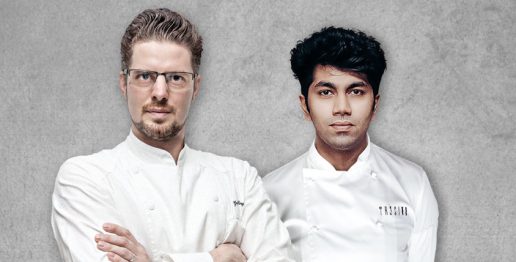 A unique occasion to experience at this year’s Atlantis Culinary Month is the creative collaboration between Ossiano’s Chef Grégoire and Carnival by Tresind’s Chef Himanchu Saini, as they combine Indian Cuisine and fine seafood dishes to create exquisite complex flavours. The Four Hands Dinner event will be held between Friday, the 19th October and Saturday, the 20th of October, and will serve you a unique 11-course menu starting from AED 950. Some of their extraordinary creations include Oyster & Caviar “Pani Puri” as Starters, Indian Ocean featuring Caramelized ginger prawn, patrani fish & squid bhajia as Mains and Rustoms’ Nitro crusted condensed milk foam with 24-carat gold dust for Desserts. 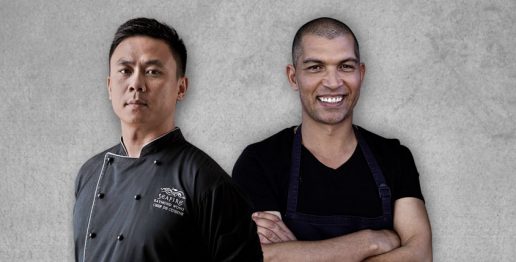